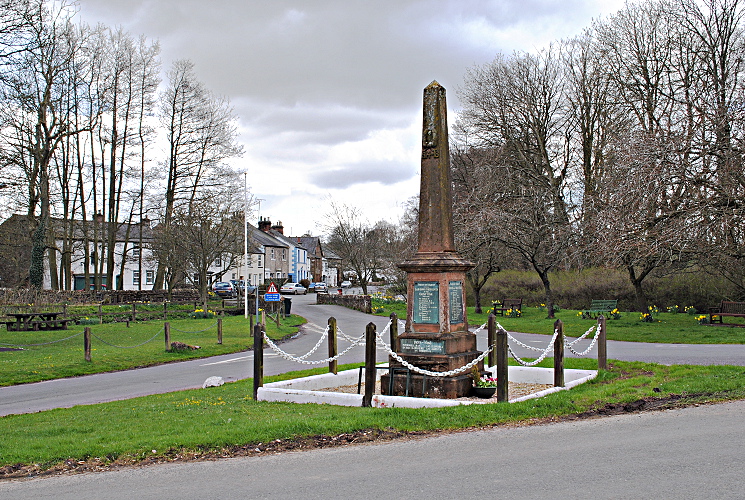 To many people who from time to time drive between the Stainmore Pass and Penrith along the A66 east-west trunk road, Warcop may be synonymous with military training at the Warcop Training Centre. For more than seventy years tanks and other fighting vehicles have been a feature of the landscape, and at nearby Appleby Golf Club you can play a round of golf to the music of machine guns. After World War II, when the war ministry was persuaded by public pressure to give up its training areas around Ullswater and Martindale in the Lake District, the Warcop firing range was retained. Today large expanses of the North Pennines (more than 20,000 acres) between the Eden Valley and Teesdale are “red flag” zones. Footpaths are closed when firing is scheduled.

Warcop village just to the south of the A66, is in marked contrast. It may have taken its name from an ancient local family variously known as Warthecoppe or Warcop, or maybe they took their family name from the village; the name Warcop has, albeit somewhat speculatively, been traced to pre-Conquest Old English words meaning ‘look-out hill’ or ‘hill with a cairn’ which could apply to the fell to the north. Going down the road into the village and ignoring the right turn into the Training Centre, after twisting between houses built long before smooth traffic flow was a consideration, we find the village green in an angle between two streams, a maypole in the middle alongside a children’s playground and the village war memorial, where lanes converge from Sandford, Musgrave and Bleatarn

Warcop Hall, a private residence visible today (if you’re tall enough) by peering over the wall alongside the lane to the school and parish church, is one of the oldest of many old houses here. In the mid-20th century the Warcop Hall Estate was bought by the War Office but the house has been back in private hands since the 1950s. According to British Listed Buildings the western part of the house is Elizabethan while the eastern section is a 19th century extension.

The Hall was not always the manor house; Warcop Tower once had that honour, although there’s little that’s immediately obvious about that house today to indicate its past importance. In 2006 at the time of an application for planning permission an historic buildings survey was carried out, focusing chiefly on the farm buildings rather than the house; this is available online.

The parish church of St. Colombe dates back to at least the 12th century and in the 14th century was associated with Shap Abbey, a former Abbot of Shap once becoming the vicar here. Parts of the building can be dated to the 13th century but most of the structure is from a rebuilding in 1855. The Parson and White Directory of 1829, before the rebuilding, describes it as “an ancient fabric, dedicated to St. Columbe, an apostle of the Picts, who settled in the Hebrides in the sixth century, but was never canonized at Rome. It has a tower with two small bells, and two porches.” 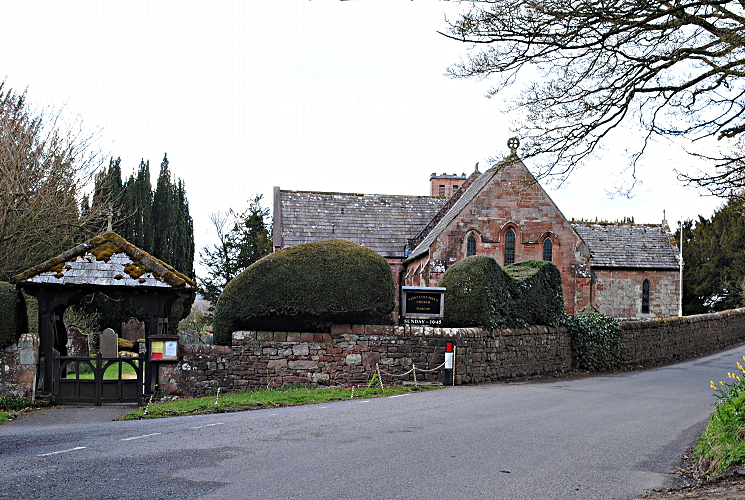 The adjacent old vicarage has the remains of a moat. It is said that there was once a substantial castle here on what is now called Castle Hill. In the very early 17th century the remaining stones were taken away to build the church spire at Kirkby Stephen.

The River Eden does not pass through the heart of the village but is found down the lane leading to Bleatarn. Warcop Old Bridge is said to be the only surviving medieval bridge over the Eden although it was quite likely modified considerably, or at least substantially repaired, in the 16th and 17th centuries.

It may well be asked why such a small lane from a modest village to a minor hamlet deserved such a splendid bridge, but in times past this was an important crossing for people in the areas to the south of the river, as far up into the fells as Asby. What is more, although Bleatarn is very small nowadays, it once had much greater importance as the site of a monastic institution with a community of monks linked to Byland Abbey in Yorkshire. Up to the mid-19th century at least, going downstream there was until Appleby only a footbridge at Sandford. The bridge has three arches, of which only two are visible in the photo below. 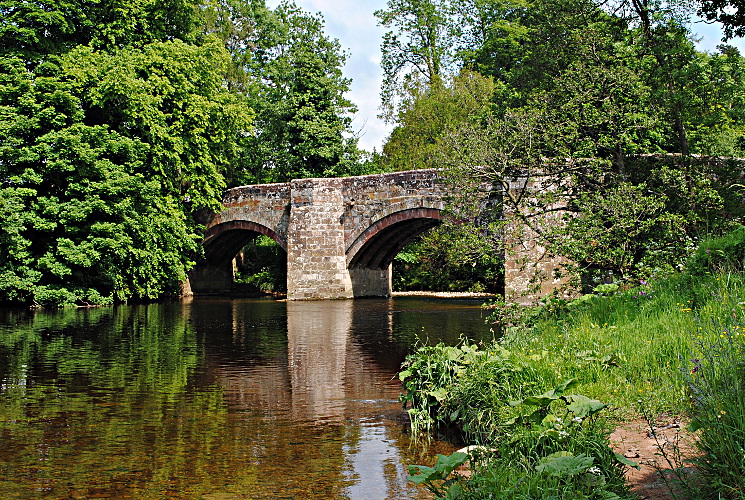 Like most Eden Valley villages this is not a centre for tourist attractions but there is one, the Eden Valley Railway. A paragraph on this will be added shortly.

Historically Warcop parish included four “townships”. In addition to Warcop there were Bleatarn, Sandford and Burton. The first three were south of the east-west highway; Burton was to the north and is now virtually non-existent having been swallowed up by the military firing range and buildings demolished. Separate articles on each township will be added later.