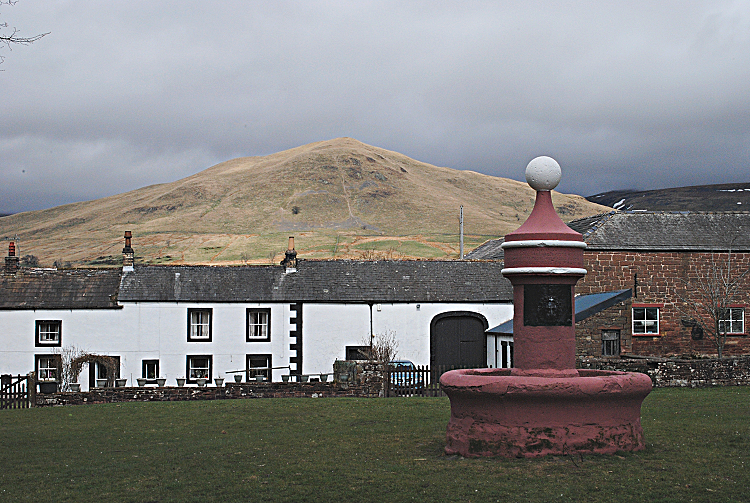 Dufton Pike is a conical hill behind the village of Dufton on the fringe of the North Pennines overlooking the Eden Valley. It is one of three that are close together, although the other two (Knock Pike and Murton Pike) are not so fully conical being more like spurs of the fellside behind. This page, however, is not really about either the Pike or the village but about weather and its implications for walking in these hills.

The following four photographs were taken within an hour or so of each other on an April afternoon. The lowlands of the Eden Valley are friendly. The high moors of the North Pennines can be dark and dangerous even when the valley is in the sunlight. This was one of those days when only experienced fellwalkers should risk the heights, and even some of them may think twice. 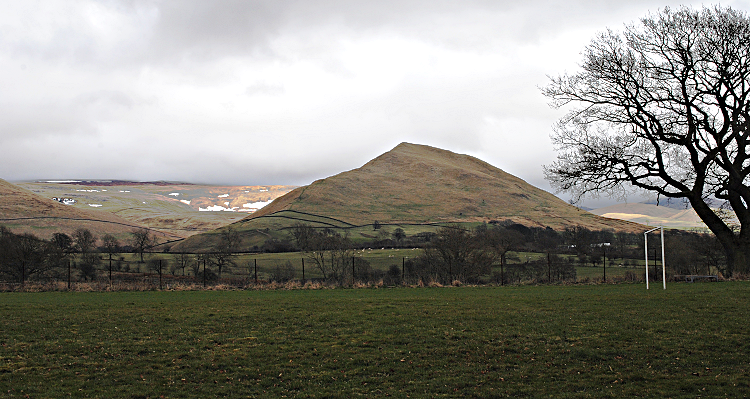 This first photograph, taken from Close House to the northwest of Knock village, shows three bands of weather. The Pike itself is not dark but is somewhat dull. The low moorland behind, though, is in the sun. That pattern was constantly changing. Look, though, at the thick low cloud shrouding the tops of the fells; this was constant and varied only in the depth of grey.

The next shot looks down the lane from the Knock end of Dufton village. I like this view for its gentleness – but notice the greyness behind. 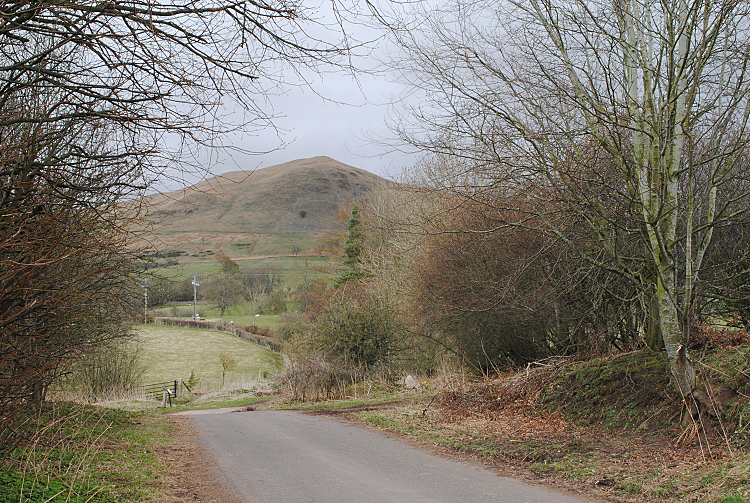 The next one was taken shortly afterwards at the other end of the village. It doesn’t show the Pike itself (which is off to the left) but see the contrast between the Methodist chapel in the sun and the blackness overhead and behind. 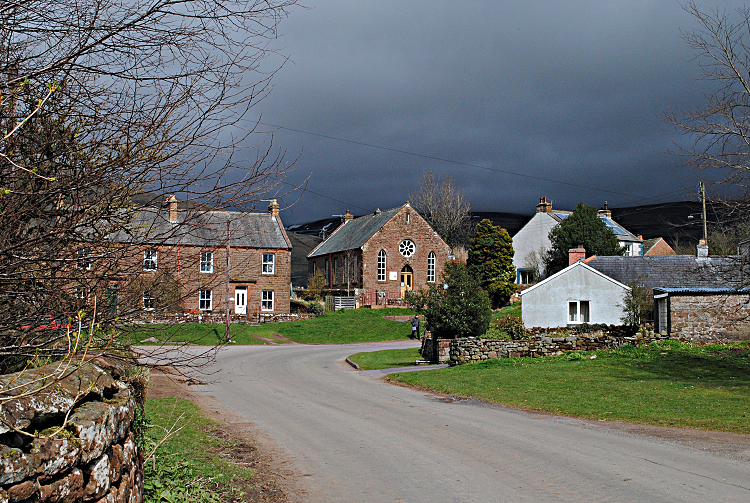 What is the point of this? Simply to stress that although this is some of the most splendid walking country anywhere in England (the Pennine Way passes through Dufton and there’s a YHA hostel) one should never, never, never go onto these fells inadequately equipped. Weather conditions at one level can be very different from those at another, and can change very quickly.

Don’t let this put you off. The East Fellside of the Eden Valley, along with the Pennine uplands beyond, is a very special area. Enjoy it but remember that it has to be treated with respect. If you intend to spend much time around here, especially in late-Spring and Autumn, it would also be a good idea to read up on the “Helm Wind”, Britain’s only named wind. Wikipedia; Photo (not ours, found on Flickr) taken from Appleby.

The following constitute a bare minimum.

We’ll close with a shot of Dufton Pike illuminated in the sun, taken from the village green which is in the shade of a cloud.