Castles of the Eden Valley

From Mallerstang to Carlisle the Eden Valley is richly supplied with castles and other fortified houses. Some of these medieval fortresses been in ruins since the 17th century Civil War or even earlier, whilst others are still occupied. There\’s a lot of castle visiting to be done around the River Eden. 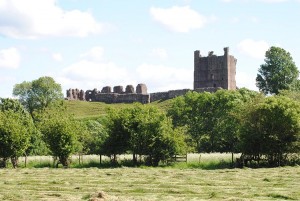 Today we’re at Brough Castle, one of Lady Anne Clifford’s 17th century restorations but now once again in ruins. Having said that the picture taken from this angle, from close to the A66 Trans-Pennine trunk road, doesn’t really do justice to the amount that remains, so we’ll need to look at it more closely. Along [...]