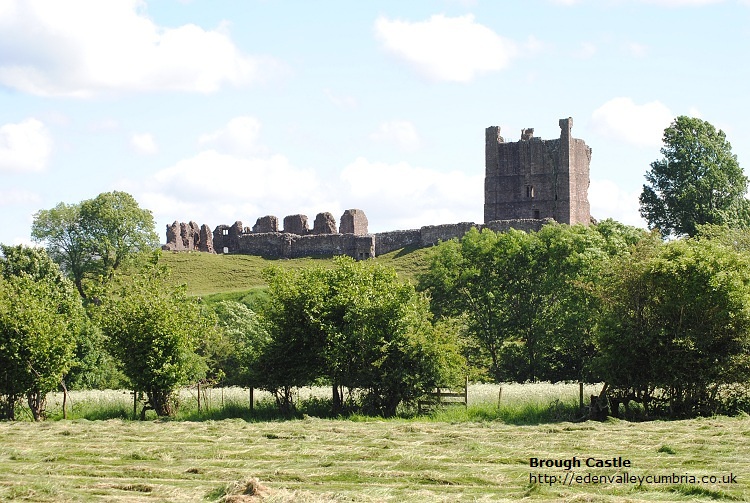 Today we’re at Brough Castle, one of Lady Anne Clifford’s 17th century restorations but now once again in ruins. Having said that the picture taken from this angle, from close to the A66 Trans-Pennine trunk road, doesn’t really do justice to the amount that remains, so we’ll need to look at it more closely.

Along with Pendragon, Appleby and Brougham Castles Lady Anne Clifford (Countess of Pembroke) restored Brough to a high standard in the mid-1600s, including extensive domestic accommodation, so why is it now in such a state? Earlier dereliction in the 1500s was due to a fire that broke out during a great Christmas party, but the story after Lady Anne’s rebuilding was simply one of neglect.

After the 17th century Civil War the northern castles no longer had any strategic significance, and there was no-one with the enthusiasm for her former properties to keep them in good order. Consequently by a century after her death Brough Castle was falling apart and was steadily diminished as its stones were used for other local building projects, especially materials from the domestic buildings – the remains of which are shown in the next two pictures. 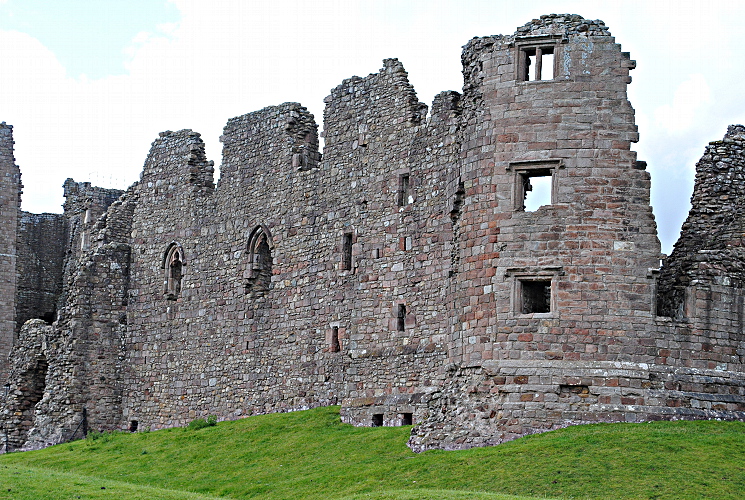 The above shot shows the exterior of the end of the castle that contained Lady Anne’s restoration of the domestic buildings. She modified the 13th century defensive tower constructed by one of her ancestors, adding windows to give more light. The next photo shows something of what remains inside. Much has gone, to be incorporated into many a local farm building, but the excellent descriptive information boards provided by English Heritage give a good idea of what was once here, several stories of varied rooms. It is still possible to walk around most of it at ground level. 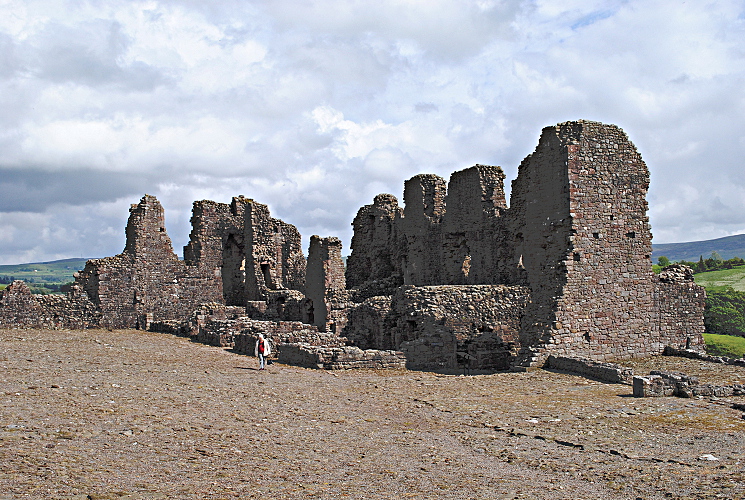 Going further back in time, near a thousand years before the 11th/12th century building of castles to protect against Scots invasions, the Roman army had a fort here. Stainmore Pass was then, as today, a strategic route across the Pennines. They had forts at opposite ends of the pass, at Bowes and at Brough. The Romans also had a fort near the top of the pass, Maiden Castle, on a site looking down the Eden Valley. This was not redeveloped by the medieval kings and barons and now is little more than a series of green mounds. English Heritage have provided an information board on the Roman as well as medieval and later history of Brough Castle.

To close this page we’ll show two more views. First is a view out from the Castle toward the North Pennines with the confluence of two becks down below which after they’ve joined flow down as Swindale Beck to merge with the River Eden a mile or two downstream – the third of the significant streams that add to the Eden waters between Kirkby Stephen and Appleby. (The other two are Scandal Beck and the River Belah). 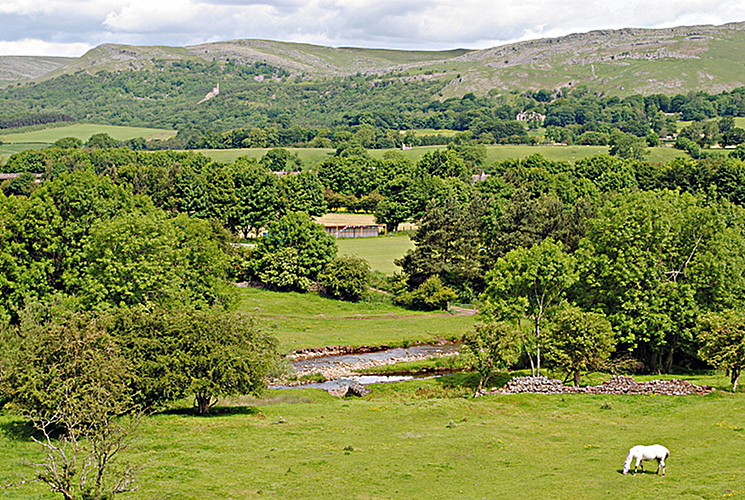 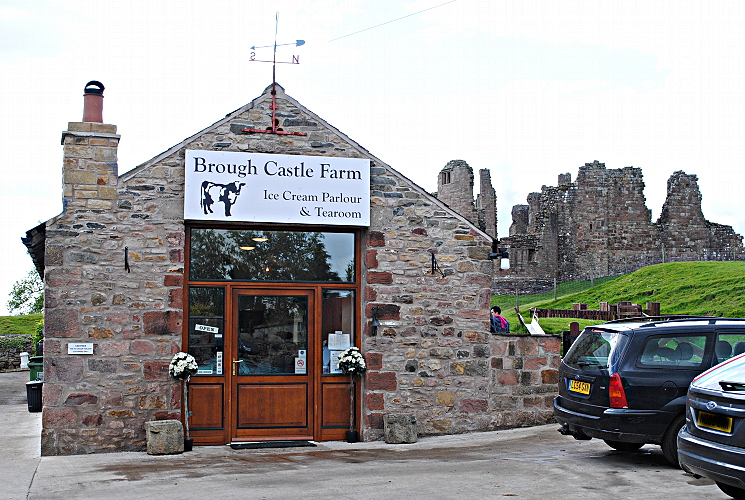 Next post: Dufton Pike and the East Fellside Weather

Previous post: Appleby, its Castle and the North Pennines Beyond