Appleby, its Castle and the North Pennines Beyond

A view looking in a northeasterly direction from the fields above Colby Lane, Appleby, with the castle keep (complete with scaffolding) showing above the still leafless trees. Beyond are the North Pennines, with High Cup Gill behind the keep to the left and Murton Pike to the right. 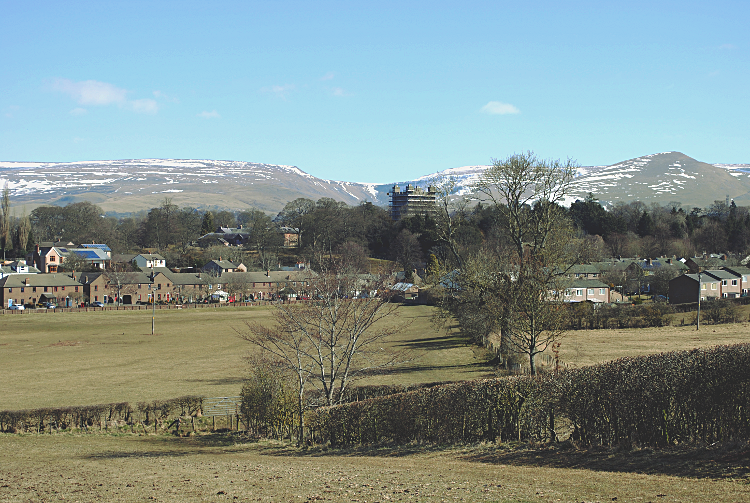 In this view over Appleby the houses are of the newer areas by Colby Lane and Scattergate. The older part of Appleby town centre is out of sight down the hill to the left of the castle. Although the photograph was taken in early April this has been a long winter. There is still snow on the Pennines, as also in the Lake District (see An Ullswater Winter), and the fields still are brown rather than green. We’re waiting for Spring to spring.

This side of the town is probably less photographed than the central area. Here now is another shot from the same morning, from near the entrance to the town on the lane from Colby and looking almost exactly due east. 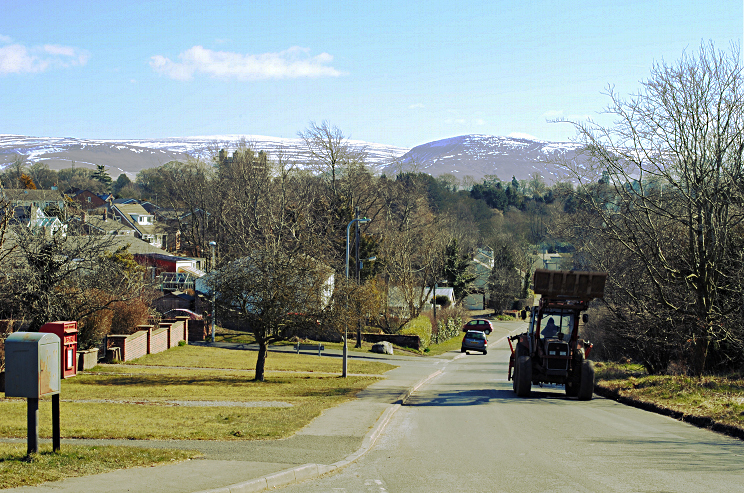 From this angle the castle’s keep is hidden behind the trees. Murton Pike is now off to the left and Roman Fell rises behind the town.

Comments on this entry are closed.